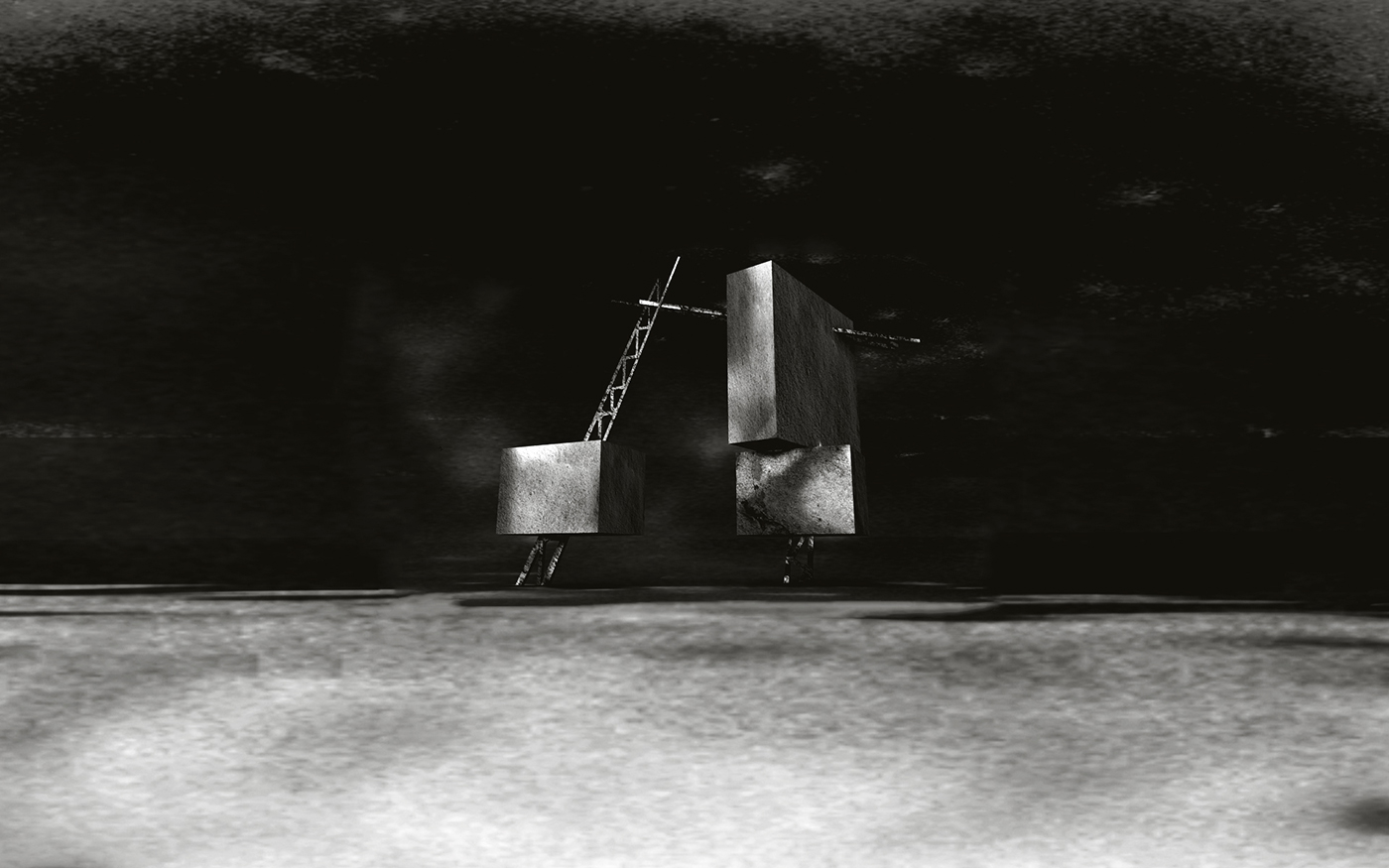 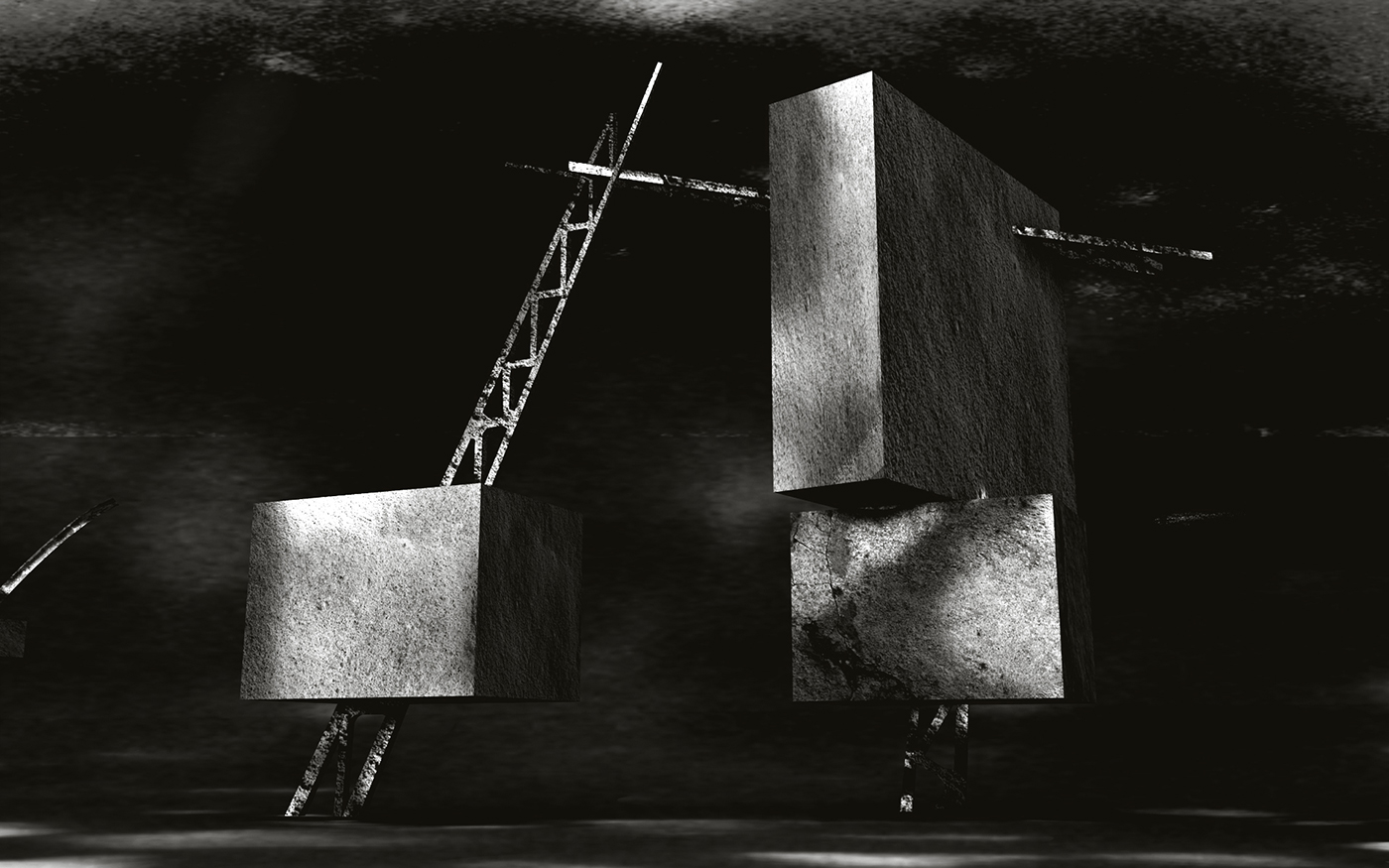 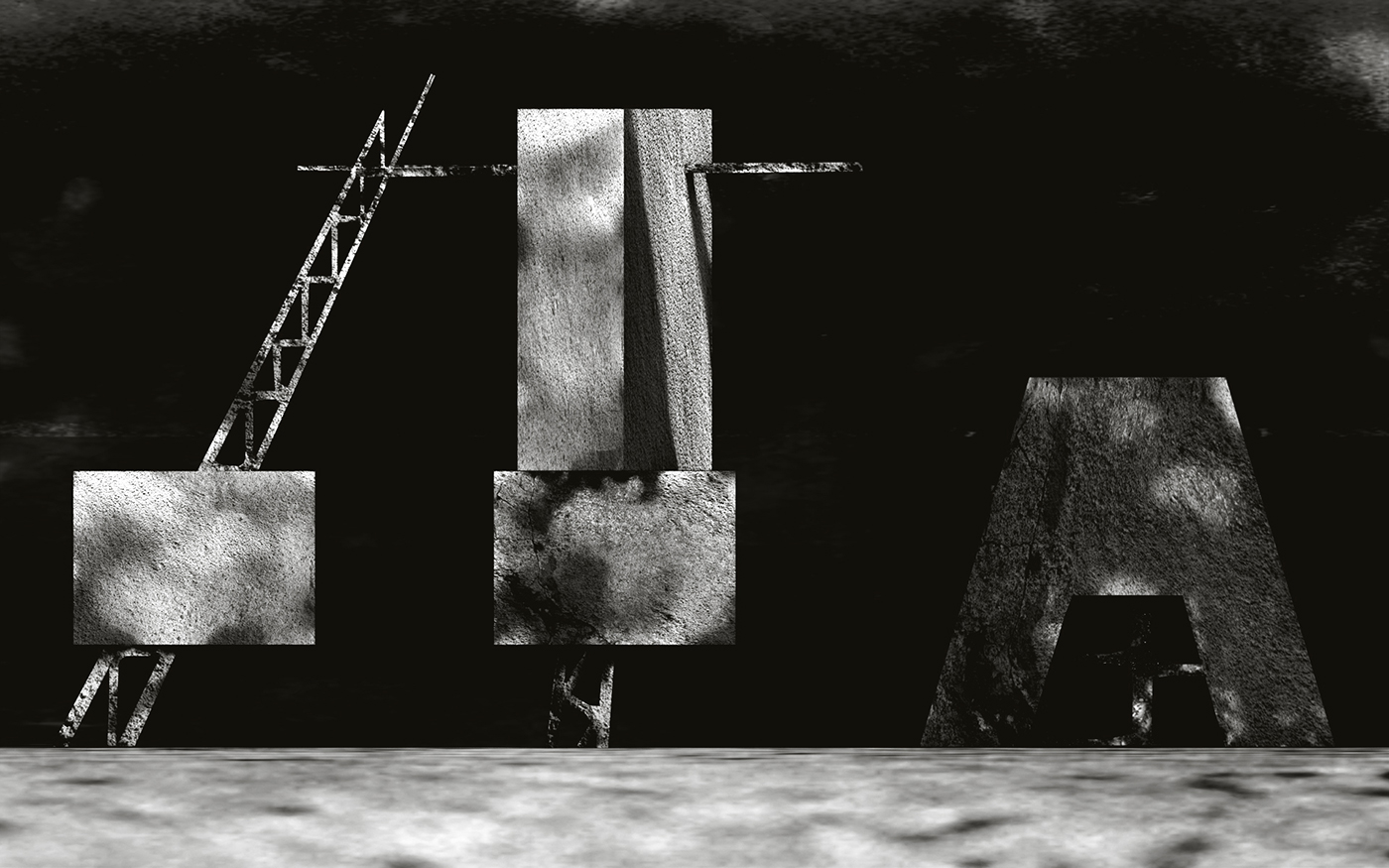 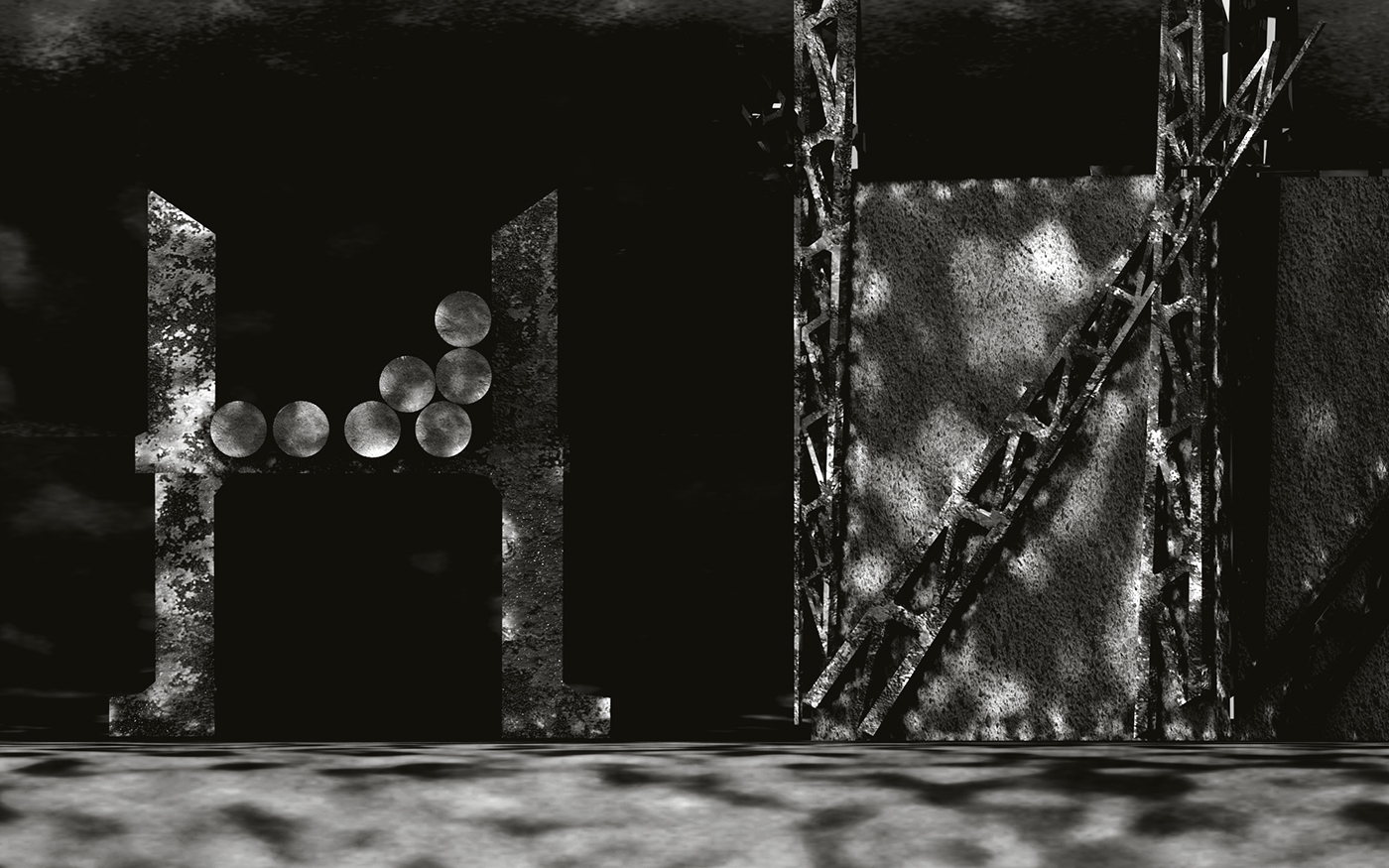 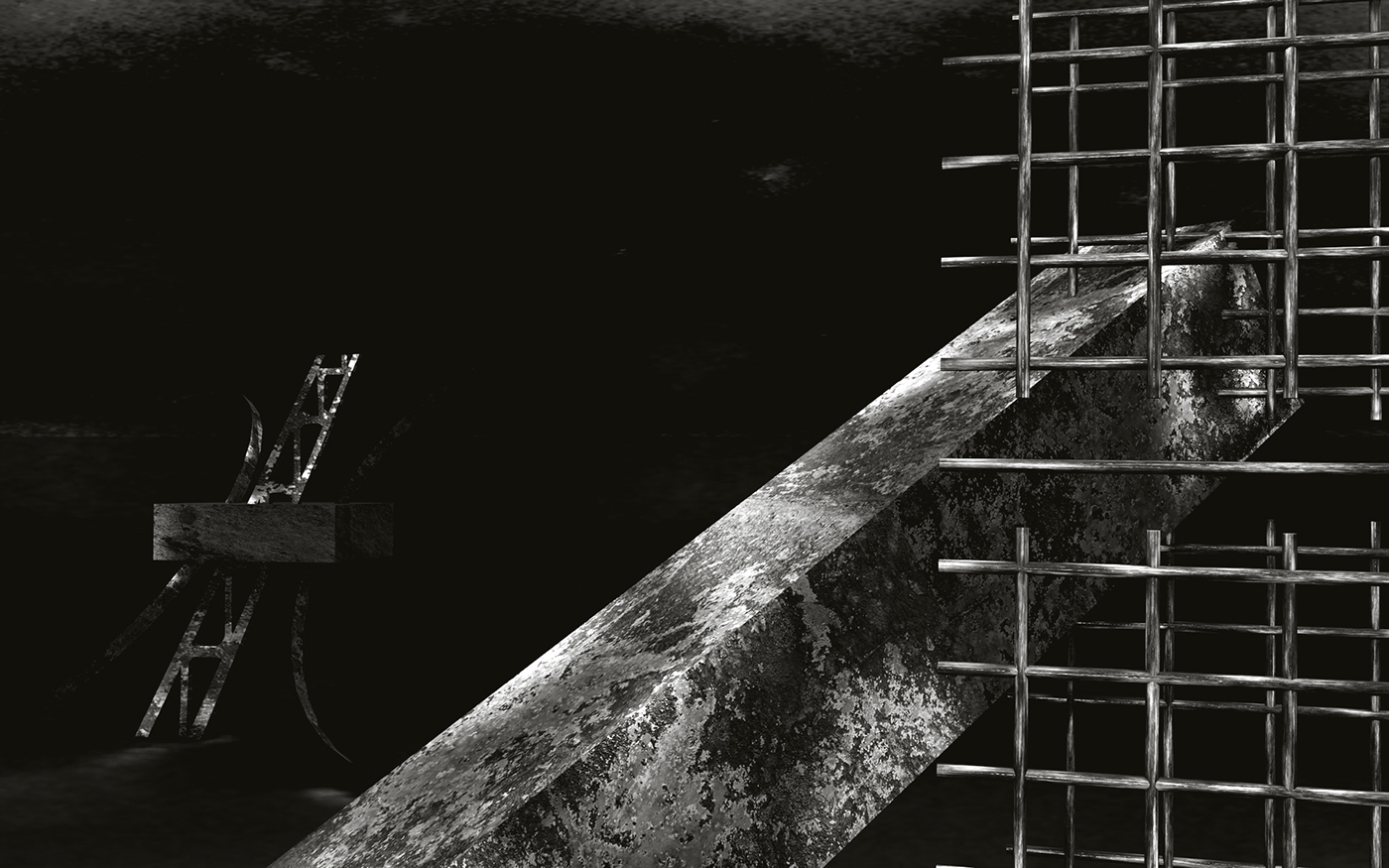 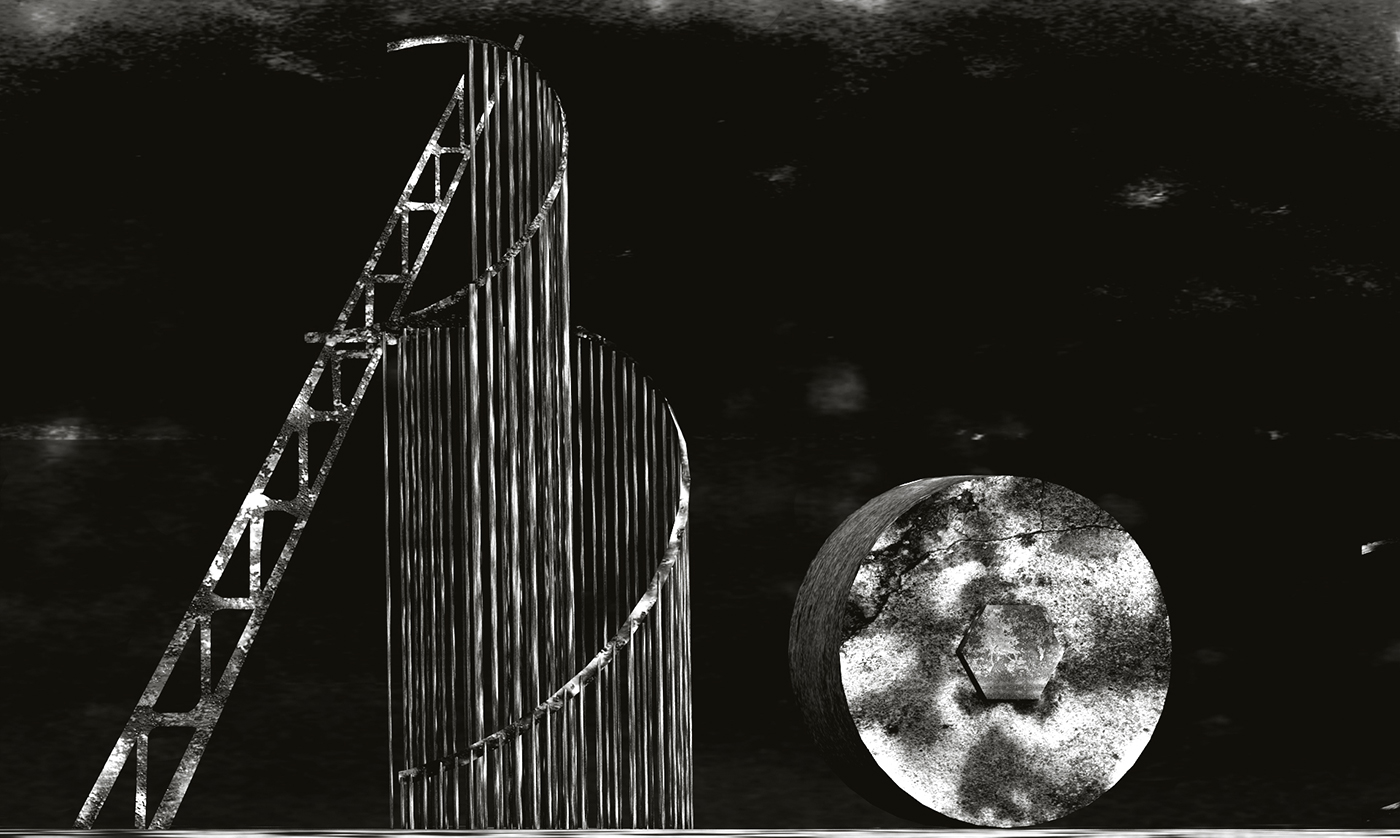 Tatlin’s Tower, or the project for the Monument to the Third International (1919–20), is a sketch (and a model) for a grand monumental building designed by the Russian artist and architect Vladimir Tatlin.

The constructivist tower was to be built from iron, glass and steel. In materials, shape and function, it was envisaged to become a towering symbol of modernity and revolution. But it was never made…

At that time, the Russian people held great ideas and hopes for their country. With Russia’s situation today, once again in troubled times because of its politics, Tatlin’s striking ideas seem to me to connect with the modern day spirit of Russia, conveying similar hopes and desires for real change.

I chose to detach the building blocks, to generate new shapes and Russian letters from them, creating statue-like shapes, placed as if on a building site, and, that viewed from the right angle, build the word “В ожидании…” meaning “In anticipation of…”

I worked in a 3D program to deepen the feeling of construction, perspective and materials. I used (material) textures such as iron, glass and steel but made them rusty and old; as if they had been left and forgotten. A little shimmer of light seep through, a hint of hope.